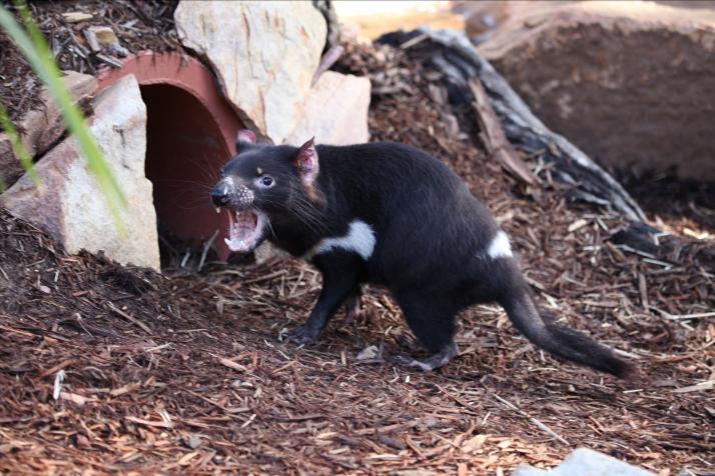 Tasmanian Devils are widespread in Tasmania and live in open Sclerophyll forests and mixed rainforests. They make their dens in hollowed logs, old wombat burrows and caves.

The Devil has a thick-set, squat build with a relatively large, broad head and short, thick tail. The fur is mostly or wholly black, but white markings often occur on the rump and chest. Body size varies depending on their diet and habitat. Adult males are usually larger than adult females. Large males can weigh up to 12kg, and stand about 30cm at the shoulder.